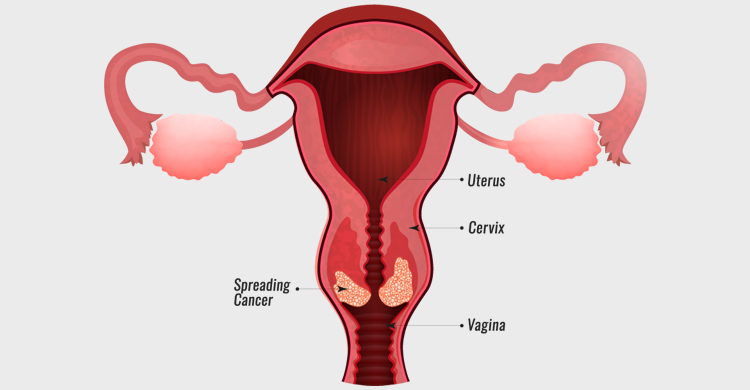 What Is Cervical Cancer ?

Cervical Cancer starts in the cells lining the cervix -- the lower part of the uterus (womb). The cervix is a part that connects the uterus (the upper part where a fetus grows) to the vagina (birth canal).

The cervix is made of two parts. The endocervix is the opening of the Cervix that leads into the uterus. It is covered with glandular cells.

Squamous cell carcinoma Most (up to 9 out of 10) cervical cancer are attributed to this type. It is formed in the lining of the cervix.

Adenocarcinoma This kind of cancer is formed in the mucus producing cells in the cervix.

Mixed carcinoma This kind is a blend of both the above types. This type is less commonly seen.

The factors that could increase the risk of cervical cancer in as women who have:

Signs And Symptoms Of Cervical Cancer :

Usually Women with early cervical cancer and precancer have no symptoms.

Can Cervical Cancer Be Prevented ?

The most important things to prevent Cervical Cancer

Stage 0: The cells are precancerous.

Stage 1: The cancer has spread from the cervix lining into the deeper tissue but is still just found in the uterus. It has not spread to other parts of the body.

Stage 2: The cancer has spread beyond the uterus to nearby areas, such as the vagina or tissue near the cervix, but it is still inside the pelvic area. It has not spread to other parts of the body

Stage 3: Cancer has now spread to the vagina or the pelvis walls. It is also noticed that the cancerous cells have invaded the ureters that carry urine from the bladder.

Stage 4: Cancer has invaded the pelvis walls also to the bladder or rectum and even has the capacity to grow to further distant organs such as bones, lymph nodes, etc.

Based on the cervical cancer stage, treatment plan can include