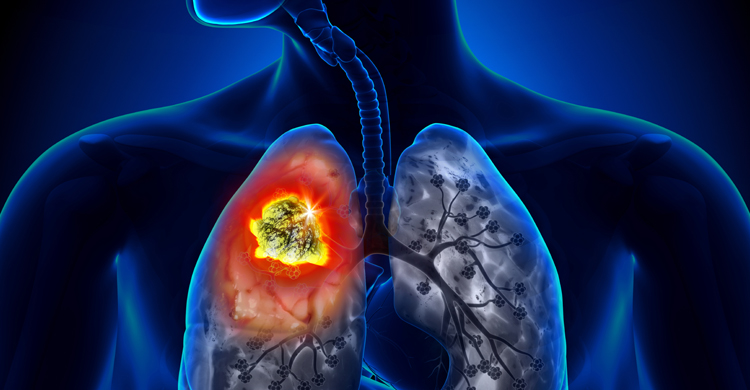 About the Lung Cancer

The Lungs contain many different types of cells. Most cells in the lung are epithelial cells. Epithelial cells line the airways and make mucus, which lubricates and protects the lung. The lung also contains nerve cells, hormone-producing cells, blood cells, and structural or supporting cells.

Cancer results when the cells in the body divide and multiply in an uncontrolled way. This is because of the mutations of the genes which regulate cell growth.

The different types of NSCLC are:

Adenocarcinoma : It is the most common form of NSCLC. It is usually found in the periphery of the lung.

Squamous cell carcinoma: It is usually found in the central part of the lung.

SCLC contributes nearly 15-20 percent of lung cancer cases. It spreads and grows faster than NSCLC. It is usually found in the central part of the lung.

What Are The Risk Factors For Lung Cancer ?

Usually until late stage, lung cancer does not show any symptoms, such as:

Can You Prevent Lung Cancer ?

Based on the disease extent and stage the treatment plan can include: